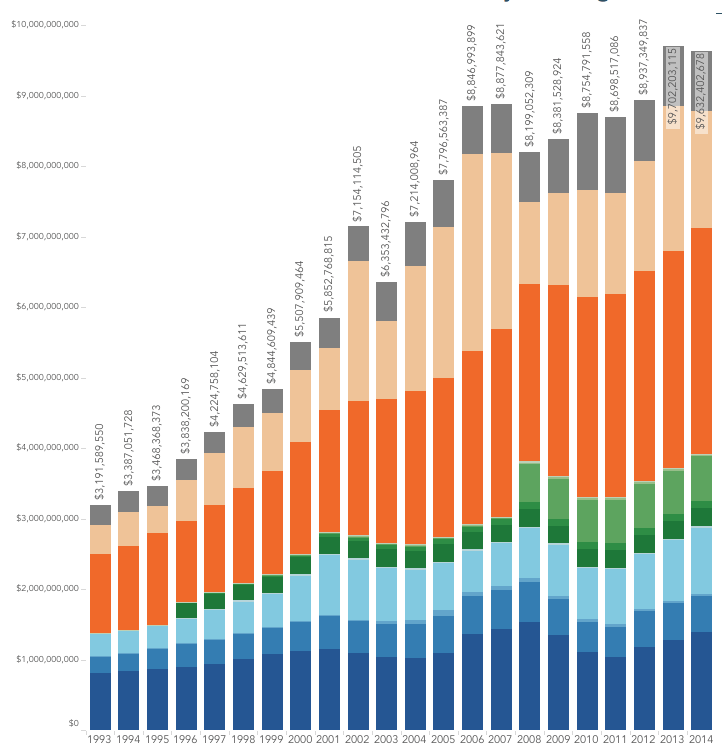 Educational revenue data for the state of South Carolina, published by the Office of Revenue and Fiscal Affairs (RFA), portrays patterns of revenues by funding source since Fiscal Year 1992-1993. This data is available online from the RFA: Fiscal Year 2014 Local Government Finance Report.

Real (2014 US$), per-capita revenues have grown 37.9% since 1993, or $468 for every South Carolina resident. While total state funding has maintained growth with population and inflation since 1999, state reimbursement for tax relief has replaced reductions in EFA and EIA funds.