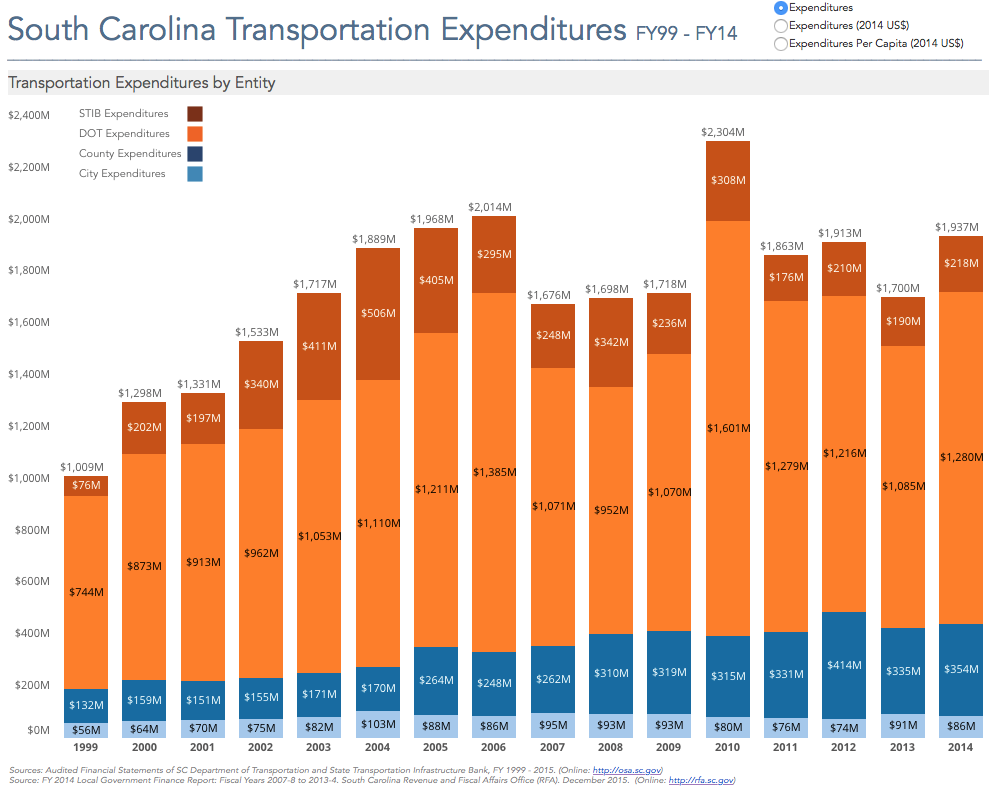 Using data from Audited Financial Reports (Fiscal Years 1998-99 through 2014-2015) of the SC Department of Transportation and the SC State Infrastructure Transportation Bank, along with the Fiscal Year 2014 Local Government Finance Report, trends in transportation revenues and expenditures since 1999 highlight spending levels and sources.