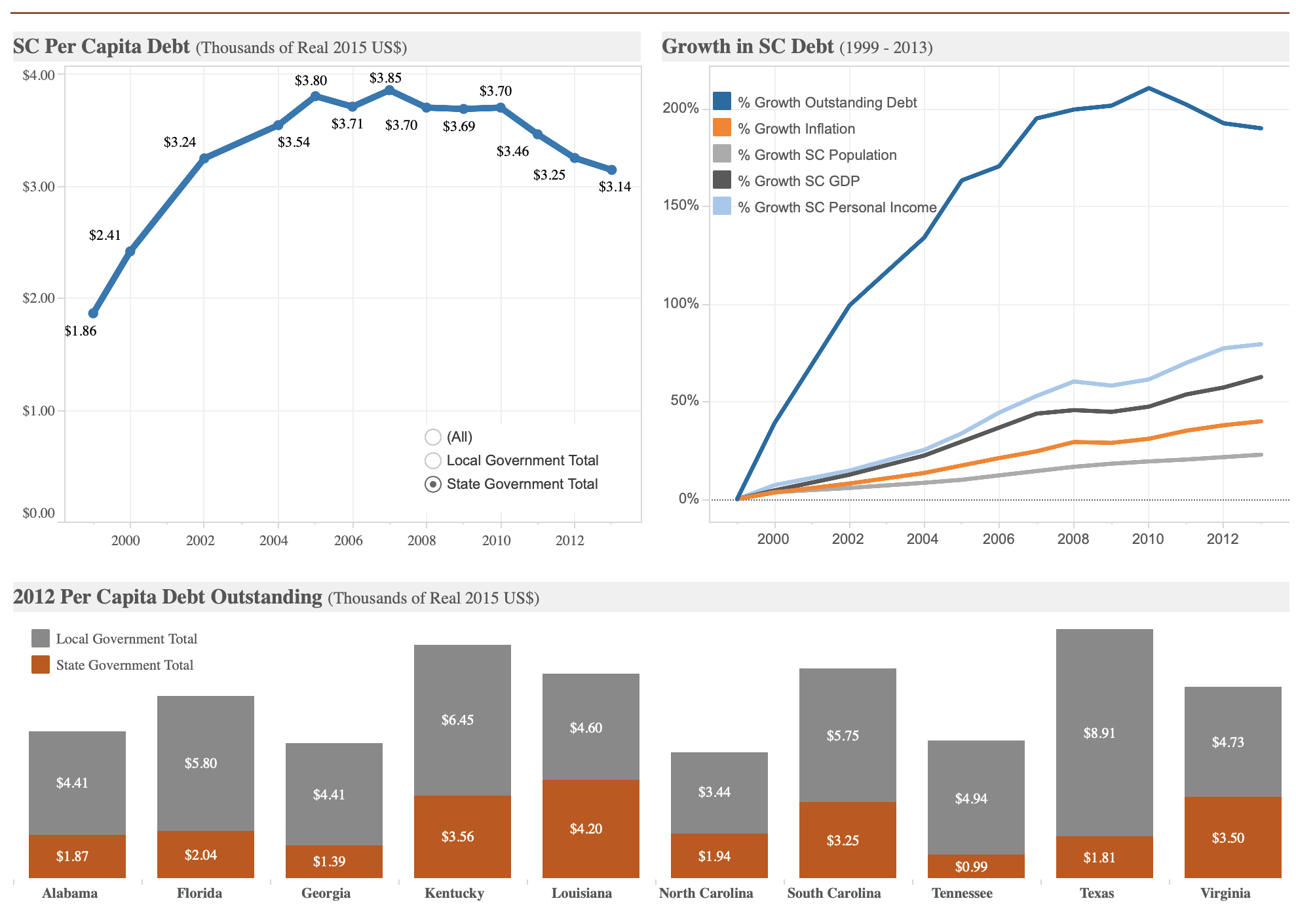 State and local government debt outstanding grew 189.7% between 1999 and 2013, according to the United States Census of State and Local Government Finance. Total debt outstanding in real (2015 US$) was $9,030 per state resident. This figure includes $3,140 in state debt and $5,890 in local debt. 2012 comparisons to other Southeastern states are shown as well.