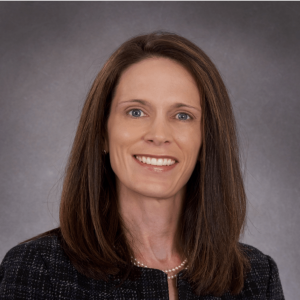 Dr. Rebecca Gunnlaugsson is an economist specializing in public finance and taxation. She formerly served as the Director of the Division of Research and subsequently Chief Economist at the South Carolina Department of Commerce. In these roles she led research teams analyzing economic issues impacting South Carolina and was instrumental in the redesign of the state’s Unemployment Insurance system.

She has done extensive research on taxation and optimization for long term economic growth, having testified before the 2009 Senate Finance Committee on Unemployment Insurance, the 2010 South Carolina Tax Realignment Commission (TRAC) and the 2017 South Carolina House Tax Policy Review Committee, as well as having served on the 2016 Governor’s Local Government Competitiveness Council.

Her experience also includes that as a senior technology consultant for Accenture where she was involved in firm-wide business and technology implementations. Dr. Gunnlaugsson is currently president of Acuitas Economics, where she specializes in statistical analysis and econometric modeling to develop interactive, visual methods to deliver data-driven insights and recommended policy solutions.

Dr. Gunnlaugsson received her Bachelor’s and Master’s Degrees in Mechanical Engineering from the Massachusetts Institute of Technology and her Ph.D. in Economics from the University of Michigan.